If you have just upgraded to the Ryzen 3700X or 3800X or are building a new super-fast gaming PC with the Ryzen 3800XT as I did recently, then you might be looking for a new GPU to pair with your Ryzen 7 CPU.

All these GPU pairs with a Ryzen 7 are actually in stock. I’m not going to recommend a graphics card that you can’t even get your hands on to get gaming!

After all, you are going to need something that is powerful enough to avoid any CPU bottlenecking. With the Ryzen 7-series and any of these GPUs below, you’ll never have to worry about bottlenecks.

But with so many options available in the market, choosing the right GPU is one of the most critical factors involved in the process. It would also help if you found a GPU to pair with your Ryzen 7 that is reasonably priced and in stock. If you build a PC for gaming with the Ryzen 7, you probably aren’t looking to max out your GPU spend. If you are, I’d suggest looking at my recommendations for GPUs for the Ryzen 9 as that guide has the most high-end GPU recommendations.

This guide will show the best GPUs for one of the best overall CPUs for gaming, the Ryzen 7 series. These GPUs are not the most expensive or the most powerful. Nor are they budget GPUs. These are powerful but affordable GPUs, mostly in the $300-$500 range.

In this roundup, we are going to be looking at some of the most suited GPUs for Ryzen 3700X, Ryzen 7 3800X or 3800XT PC gaming. For the simplest reason, we believe that this roundup can actually help a lot of people make the proper decision.

Before releasing RX 5700 and 5700XT, AMD was struggling in the GPU market.

Yes, they are doing much better when it comes to their processors, but not so much with the GPUs. So, it is good to see the company making some changes and still fighting because that means that they are not in the mood to give up.

With that said, we are reviewing the Radeon 5700 XT; it is one of the newer GPUs that XFX has released, and so far, it has been promising. If you are looking for a video card that has an excellent 1440p performance – something you should expect on a 3700X / 3800X / 3800 XT powered PC – then this is the way to go.

You can even work it out for 4K, but for that, you’d have to lower other settings.

Another great thing about the 5700XT is that it is one of the more reasonable options available in the market.

As far as the downsides are concerned, there’s the blower-style cooler, relatively average overclocking, and the lack of Ray Tracing or equivalent technology. All these cons make this GPU less than perfect.

But still, I believe that AMD has done most things right in the GPU market after a long time.

And if you are looking for a good value-based GPU that you can use with your Ryzen 3700X or 3800X, you should give the Radeon 5700XT a shot because it is one of the best GPUs available in the market that will get the job done for you in almost every single way,

Benchmarks wise, it’s slightly below than the likes of RTX 2070 Super, despite costing 100 bucks less. This means you can allocate that saved money to upgrade other components of your rig.

When Nvidia finally announced their RTX series, it shocked the gaming world. Why? Because for the simplest reason, Nvidia was about to change the way we see the gaming and GPU industry and how we experience it.

We are looking at the RTX 2070, a mid-range graphics card in the market that does get the job done for many reasons, and the best part is that it is a lot more affordable than some might think. If you are looking to run games on 4K, you can get a good performance on that. However, you will have to change some settings to get the best possible results.

As far as the downsides are concerned, honestly, there are very few RTX or DLSS games available at the moment. Also, it has no backplate and no NVLink SLI support. On the other hand, it works quietly, even in gaming, and is cheaper than the 2070 founder’s edition.

In conclusion, if you are looking for something that has a good performance and for something that will run a lot of games without any issues that might come in the way, then going for the RTX 2070 by EVGA is a wise decision because this is one of the best cards available in the market.

Nvidia’s RTX 2060 met a warm response as it was more affordable and it did a pretty good job, as well. However, when the company came out with the RTX 2060 Super, a better version of the same GPU, fans were excited because they were getting a card that had great performance.

With that said, the great thing about the RTX 2060 Super is that if you are looking for a good GPU that has excellent 1440p performance, this is the way to go. If you do end up buying the Founder’s Edition model, you will get a great design, and most importantly, the card is one of the more affordable options available in the market.

The downside that I think is that if you are looking for full-fledged 4K performance, you might not get the most of it as the GPU is more suited for performing on 1440p, but that does not make it any less than good than it already is.

Its pros include quiet gaming performance, idle fan-stop, and a game bundle which includes Wolfenstein: Youngblood and Control.

Overall, the great thing about the RTX 2060 Super is that it is one of the more affordable options available in the market. The performance is on par with the money you are spending on this GPU, and you will not have to worry much about overspending.

AMD played the smart game by releasing not one but two versions of the RX 5700. If you are looking to spend more money, you can get the more powerful XT version, but if you are looking to save some money and still get a pretty decent performance, then the simple 5700 is available too.

Obviously, some corners have been cut, but overall, it actually is one of the better GPUs available in the market and that is what we are looking at today as well.

The great thing about the RX 5700 is that if you are looking for something that is power efficient and does not consume a lot of power for no apparent reason.

Considering how we are moving towards a more energy-efficient solution, it is nice to see AMD making the changes required. Despite being a lower-powered version of the XT variant, the RX 5700 is still a great card with respectable performance For anyone who wants a decent 1440p performance.

As far as the downsides are concerned, the only real downside here is that the GPU does not have any support Ray Tracing. However, we know that AMD will be working on its rendition of it to see this technology in future releases.

In conclusion, the Radeon 5700 is one of the more affordable GPUs available – at slightly more than 300 bucks- in the market for anyone who wants to have  good card for his/her Ryzen 7 CPU. Yes, it does not deliver the performance level of RX 5700XT, but has a good bang for buck. 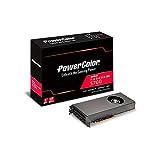 There is no denying that both the Ryzen 7 3700X and the Ryzen 3800X are incredibly powerful.

However, the thing that you need to know about these CPUs is that they require a powerful GPU that is going to power them, as well. Now this is where most people often find themselves in a confusing situation.

Thankfully, with this small yet effective roundup, the thing that we aimed to do is made sure that for anyone who is in the market looking for a good GPU, they do not have any issues coming in the way. The GPUs that we have listed on our list are going to provide you with a great experience.