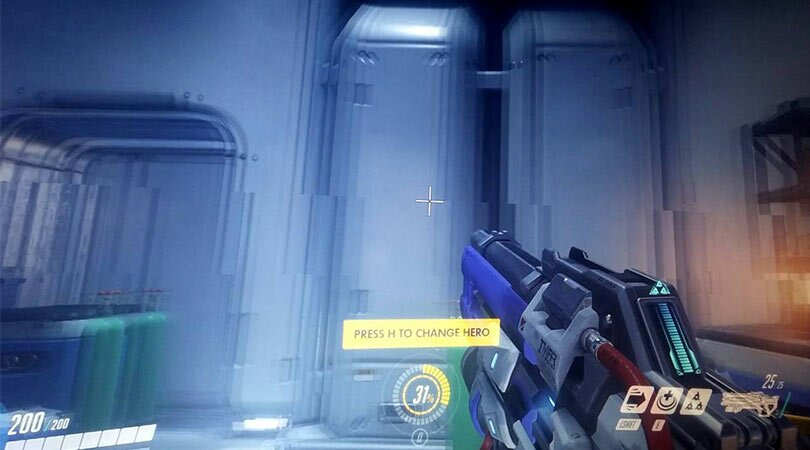 If you’re into PC gaming for a good amount of time, I’m pretty sure that you have read a setting called “Vsync” in some of your games.

Despite being into PC games for at least 8 years, many people still don’t know what Vsync is and what it does.

In this post, we’ll try to answer all of these questions in as simple words as possible.

Screen tearing happens when two or more frames are shown on a display screen at the same time.

In our post about different display technologies, we discussed how a video is just an image sequence in the back-end. You can call each of these images a single “frame”. It’s the refresh rate of a monitor that determines how many frames like this can be displayed on a screen in one second, i.e: 90Hz monitor means 90 different frames in one sec.

In games, the graphics card is responsible for generating graphics and sending them to be loaded over your screen.

Now, what happens if the rate at which your graphics card is sending these graphics to your monitor is higher than the refresh rate of the monitor itself?

Since graphics are refreshed vertically, screen tearing can be identified be two (or more) vertically misaligned image frames.

In order to deal this whole mess, there’s a setting called Vsync.

In simple terms, this setting binds your graphics card to keep in sync with the refresh rate of your monitor.

As stated above, the primary function of this setting is to sync your graphics card with monitor and eliminate screen tearing.

Also, since graphics cards are programmed to do processing as fast as possible, this feature comes really handy in older games (like GTA San Andreas) that don’t require too much graphical power.

Now comes the other side of the coin.

The biggest drawback of Vsync is the input lag. Since V-sync makes your graphics card wait until the frame buffer is free, you may notice that some of the inputs like mouse clicks and keystrokes are slightly delayed, which is fatal in competitive environments. That’s why you shouldn’t enable this option in any competitive play.

Also, default Vsync is only useful if your GPU’s production rate is greater than the refresh rate of your monitor. If the case is the opposite, it makes things even worse.

Some companies in recent times have released their own variants of the VSync. Most of these variants are produced to neutralize disadvantages of default Vsync technology.

Adaptive Vsync is an exclusive feature given by Nvidia. This setting allows Vsync to be used if your GPU’s FPS rate is more than your monitor’s refresh rate, but shuts it down if the FPS rate goes below refresh rate.

Smooth Vsync feature finds out the optical frame rate required to run a particular game smoothly. And then it locks the frame rate and only alters when it knows that your graphics card can handle it properly. As you may have guessed it already, this one is also an Nvidia-exclusive.

Unlike other Vsync variants, this technique is very different. Nvidia G-Sync allows your monitor to sync the game’s frame rate to its refresh rate. Due to this difference, you’ll get no screen-tearing or FPS drop, and there’ll be reduced latency/input lag.

The only downsides are that you require a G-Sync monitor which contains the G-Sync chip (which means extra cost for the hardware) and an Nvidia graphics card for this feature to work.

FreeSync is AMD’s answer to Nvidia’s G-Sync technology and does the same thing (removing screen tearing). But the good thing here is that FreeSync monitors don’t come with a module installed (like in G-Sync monitors) which helps to keep the cost a little bit lower.

In case you have the budget, you can go for either FreeSync or Vsync monitors, depending on which graphics card you have, and there’ll be no screen tearing for you.

For others, things get a little interesting because they’ll to suffice with the original Vsync settings in their games. You should have no option but to test each and every game, in this scenario.

If you get a consistent FPS with Vsync turned on, keep it as it is.

But if it’s otherwise, it’s better to turn it down.