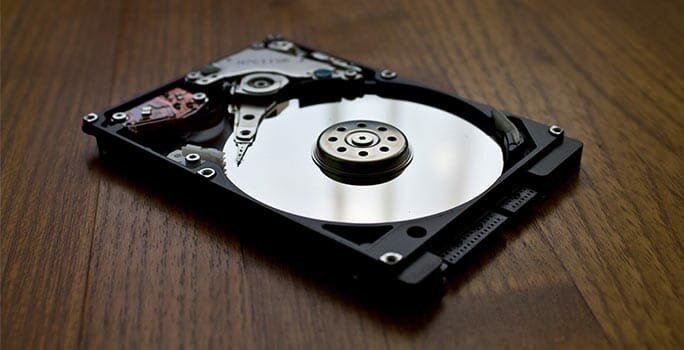 At this point, it has become evident that SSDs and HDDs have been in the market for a considerable amount of time, and both storage types have matured a lot throughout the time as well.

However, the most obvious thing that you need to know is that the HDD can never catch up with the SSD in terms of speed, and the SSDs might not be able to catch up with the HDDs in terms of the cost per gigabyte, a method that is used to find out just how cost-effective SSDs actually are.

When you look at a large number of PC gamers, you see them comparing both SSDs, and HDDs, and often discussing which one is the better option.

The truth is that when it comes to gaming, measuring the performance becomes a bit difficult. However, I have to tell you that if you think that you are going to get higher frame rates just because the games are installed on an SSD, then that is not going to be the case.

So, how exactly do we tell if it is better to use SSD or HDD for gaming? Well, that is exactly why we are penning down this article to help the readers, and potential consumers decide between making a choice. I can assure you that the answer is going to be there once we are done, so let’s not waste time and have a look, shall we?

To properly explore this age-old question, we have to figure out why the SSDs are dominantly better than HDDs.

The simplest answer to that question is the transfer speeds; SSDs possess a much faster transfer speed as compared to a normal HDD.

In technical terms, a standard SATA based SSD is only 2 to 3 times faster than the HDD. I know it does not sound a lot when you get technical, but in real world, it makes an awful lot of difference.

For instance, in order to open a large-sized spreadsheet, and HDD takes 14 seconds whereas an SSD can do it in 4.2 seconds.

This is just one example; SSDs are also known for boosting boot times drastically as compared to HDDs, and that is something that one must always keep in mind.

Now the important thing here is that this is just one example whereas there are plenty of other determinants that you need to consider before you go ahead and decide what type of storage is the better one.

Here, we are going to explore some of them.

This is certainly a shocker to a lot of people but as far as the longevity is concerned, the HDDs tend to last a lot longer than SSDs. For instance, a standard SSD might last about 5 years under standard conditions, but an HDD can easily last you up to 10 years, or even more. However, the main thing that you need to understand here is that the performance on an HDD tends to degrade over time.

If you are looking for something that is durable, and can take a beating, then you need to get the SSD. The reason behind that is simple to understand; there is not a use of single moving part in an SSD, and the HDD is made completely out of movable parts.

This basically means that an SSD cannot be damaged if there is a power cut while you are transferring data, or there is some physical damage like falling. However, a power cut can definitely kill an HDD, and a fall from a height can most certainly render it completely useless.

This is perhaps one of the most important factors that decide whether SSDs are better or HDDs.

As far as the storage space is concerned, both drives are capable of going as high as 8 TB, and there are some models that even go higher in the market. However, the thing you need to know here is that the price-storage ratio matters more than the capacity available in the market.

To understand it a bit further, an HDD is 4 times cheaper than an SSD when you take the storage space into account. For instance, if you are spending $50 on an HDD, you are likely to get 1TB of storage space. However, if you spend the same amount on an SSD, the storage space will be 250GB, or in the case of M.2 drive, even lower than 250GB.

So, as far as the storage space is concerned, this the SSDs are a lot more expensive than your standard HDD.

Believe it or not, your HDD does make noise because of the moving parts that are often moving at a lot faster rate than you might imagine in the first place.

To give you a better idea, an HDD is normally available in RPM ranging from 5400 to 10,000. The faster the RPM the higher the noise, however, one more determinant that is a reason behind the noise is the parts that go inside the HDD. The older they get, the more noise they tend to make.

As compared to the HDD, the SSDs are completely silent, and that is rather obvious due to the lack of any moving parts in them.

There is no denying that SSDs are much faster than HDDs. It is like comparing a cheetah with a turtle.

However, the fact that SSDs are much more expensive also means that they are exclusive for people who are able to spend that much money on storage.

Sure, you can buy the 120 or 250 GB SSD for cheap, but those SSDs are normally for OS installation only, and not for gaming.

Since this article focuses on the gaming aspect, the best way to draw the conclusion is to admit the fact that as far as gaming is concerned, SSDs are certainly better than HDDs.

However, there are 2 major determinants that make them better, and the ones that need to be clarified.

If both of the above determinants are understood by the general public, then the SSDs are certainly better. On the other hand, if you are looking for something to store loads of data on, then the best bet is to buy a good HDD because you are going to get that for a lot cheaper in comparison.