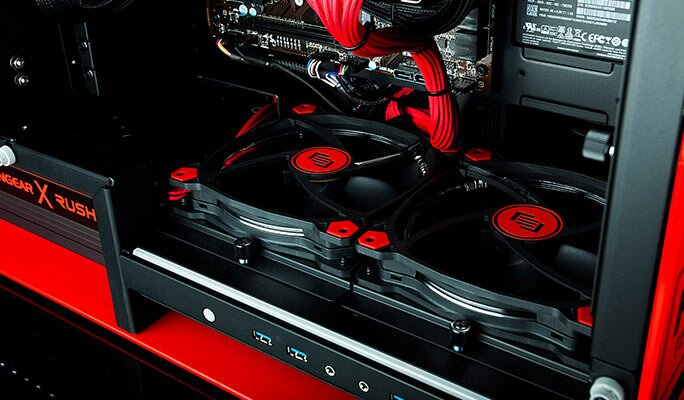 The technology around us is evolving rapidly and there is no other way to look at it.

As a result, the way we use computers is changing too. We are getting used to higher resolutions, better contrast as well as better computer graphics.

This means that we are reaching new heights of computer graphics where things are becoming a lot more realistic as well as vivid. However, there are instances where you are watching or playing something and you might notice a strange kind of stretching on the screen.

This is a common problem that happens in a lot of different scenarios, and the good thing is that this problem is rather easy to avoid.

In case you have not figured it out, the best possible way to avoid the stretching that happens in videos, or even in games is GPU scaling.

In this article, we will be exploring what GPU scaling is, in detail, so that you guys can have a proper idea of it.

Let’s examine what GPU scaling is along with some of the other aspects that are necessary to know.

What is GPU Scaling? How to Turn it On or Off?

The Basics of GPU Scaling

GPU scaling is an option that you will find in almost every single graphics card on the market. You can find this option in the configuration menu of a graphics card.

We all know what a GPU is but if you are not sure, a GPU is a graphical processing unit that is responsible for rendering, processing, and displaying on the screen.

There are times when the image that is displayed on the screen is not scaled properly, like the aspect ratio of the image is out of place, and it looks really weird.

That is when the display scaling comes into play. This is a feature that is best used for taking care of the disparity that usually finds its way into images, and makes them look really, really strange.

This disparity is usually created between the display itself, along with the application that is displaying something.

For those who do not know, the GPU scaling feature is most commonly used to make sure that some of the older aspect ratios fit perfectly on the newer ones so that things do not look out of place.

For instance, display scaling can be used to convert the 16:9 aspect ratio, and make it fit for the new ultra wide monitors.

The Types of GPU Scaling

While you might see a difference in GPU scaling options from one graphics card to another, both AMD and Nvidia video cards are able to offer three different types of GPU scaling that have become a lot more common than it used to be.

You can check out the type of GPU scaling being offered below for better understanding.

1. Maintain Aspect Ratio: As the name suggests, this feature is known for adding black bars on either above or below, or left or right of the image. This allows the image to be able to maintain its own aspect ratio, and achieve a cinematic look.

Sure, it might sound absurd, but the good thing is that the actual aspect ratio of the image will be retained, and it will certainly not look out of place.

2. Full Panel Size: This is another one of the common types of GPU scaling that you can find in the majority of GPUs in the market.

It basically scales the image to a point where it perfectly fits the panel size.

While it does sound nice, the biggest drawback here is that the image gets stretched to a point where it does not look good at all.

Using this will have your monitor put the image in the middle without changing its size or the aspect ratio, and once that happens, the image will be surrounded by black bars.

This may seem like the first type of GPU scaling, but it is slightly different as the size of the image does not change at all.

What are Overscan and Underscan

There are times when you might see the black bars surrounding the image on all sides when they should not be there, or the image that is cut off because it extends beyond the screen of the size.

This is rather common and can happen because of a variety of reasons like your screen, video source, as well as your GPU.

This normally happens because there is a mismatch in the process of your GPU – when it is scaling or analyzing the image.

The good thing is that most of the modern day GPUs have a quick fix to this called underscan or overscan. It can be found in the configuration settings. Using this setting will fix the issue you might be having with the aspect ratio.

It is as obvious as it gets, but when you are running GPU scaling, it requires more processing power from your video card as compared to simply displaying the image as it is originally.

While normally, the time it takes for the processing is not as long as you might think, the situation is a bit different in gaming.

When you are gaming, the input lag might be noticeable to a point where it would be an issue for a lot of gamers as well.

That being said, this input lag is not as visible if you have a GPU powerful enough, so you really do not have to worry about anything, to begin with.

While input lag is certainly an issue, new graphics cards are powerful enough to not go through these issues.

Almost all the aspect ratios are supported now with the exception of the ultra-wide resolution that is also slowly catching up with the content.

21:9 aspect ratio is a lot more common in video games, as compared to the other content like movies, or videos in the market.

There are even some programs that you can download to make the content fit on the ultra-wide monitors, making everything a lot more streamlined and more accessible as well.